Doubts You Should Clarify About Buying Expensive Things Online

On the 11th of May, I received my expensive package from Amazon (even though Amazon trolled me and said that I would be receiving the package on the 18th but that's not the point here). But this reminded me "Is it risky buying something expensive online?".

I decided to buy something that I have been wanting for a while. A tablet! I'll be giving you an honest review of this tablet and some lessons I learned when buying expensive things online.

I bought a Samsung Galaxy Tabs S3 right on Amazon.

I needed a tablet so I'll be able to draw on-the-go rather than bring lots of different equipment such as my laptop, Wacom tablet, laptop charger and the wire the connects my tablet to the laptop. Isn't that a lot to be carrying with you?

As well as that, I want to be able to see while I can draw (aka drawing on the screen). With the Wacom Intuos Manga, I was only able to draw while looking at the monitor.

It's quite frustrating because sometimes the drawing software doesn't sync with either the tablet or pen, so I would always have to restart it in order to sync it (sounds like a pain right? All that waiting).

Is it risky buying it online?

The problem was, there was one thing came over me when I wanted to buy a tablet. It was anxiety. I was anxious and afraid of using up nearly my whole bank account as well as being scammed.

Sometimes, you shouldn't trust most stores online as they could either scam you out of your money or give you something that is not what you had expected.

Last year, I bought a few cheap items and they came out ok but not good quality (isn't that the point of cheap items?) and this isn't the first time I've been scammed before. So when I received my tablet and looked through it with caution, it was the right choice I'd make. Amazon, you earned yourself a tick!

Anyways, now that I told you the lesson, you can either close the page (or share if you like) or you can see my reviews of the tablet. There are also pictures so you can also scroll down and check it out!

It's a Samsung Galaxy S3 Tab with an S Pen. The screen is 9.7 inch, 32GB total storage comes in an Octa-core (the CPU) and 4GB Ram. It's Wi-Fi only and includes SSD to install your memory card. It comes in black and I also had to buy a cover for it too.

For the screen protection, I didn't want to buy it with the tablet and cover case as it will add in a lot of the cost but also, I don't trust myself to apply it on (did it once on an iPod, came out with large bubbles and crooked edges).

Instead, I went out to the mobile booth where they sold cases for apple and android products and let them professionally apply the glass screen protector for me. It cost about $35.00 (AUS).

Opinion on the Tablet?

Since I'm no tech review expert, I'm just going to say what I think of it. The tablet did come out great, no damage at all. It came with everything that is needed in a new tablet. When I first held it, I thought it would be heavy but it's really light actually!

The pen and cover came out magnetic so you could easily just put the pen on the cover as a magnetic holder as well as connect the cover with the tablet in a snap. Quality of the tablet is excellent. The colour is vibrant with an outstanding whitening. It's literally like a flat-screen HD TV!

The speed is quick and smooth, no lag what so ever (I mean, what can you expect from a 4GB ram?). Touch is quite accurate but the annoying thing is it has an air touch pointer, which is when your pen is a little bit in the air but not quite touching the screen, it's pretty much still touching the screen (I really don't know how to explain it).

The problem was the poor palm rejection. When I draw, I usually like to rest my palms on the paper so I can stable my hands when drawing. With the tablet, it's pretty sensitive so whatever it touches, it's likely to tap that part.

Another problem was the charger plug. It was a US charger plug so since our charger in Australia is diagonal, it wouldn't fit. But no worries! I have other USB connector plugs (thank god the wired charger came in a USB!).

I would say that I give this a 4/5. I've been using it all night and I'm happy with it.

Stationery And Beauty Products (Shopping Spree)
TreViet Restaurant Review
Disadvantages Of Noisy Neighbours And How You Can Workaround It
You can share this story by using your social accounts: 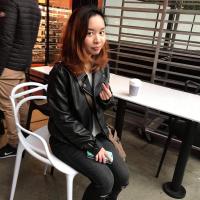 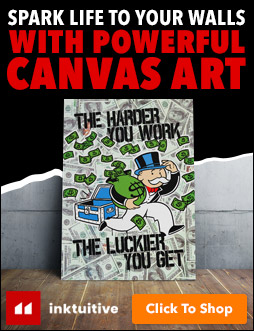