Apple products such as the Macbook Air 2017 is STILL expensive I’m not going to lie. But you can try finding a Melbourne bargain for cheap! In other words, have you tried considering travelling to Melbourne, Australia?

I mean, it’s a recommend. On Friday, 2nd of August 2019, I went into the city in order to find a new laptop (preferably a bargain for a MacBook Air) for uni, blogging, and other jazz. Boi, did we find a great bargain at South Melbourne’s Cash Converters.

I’m going to be sharing you my experiences as well as life lessons if you’re ever considering finding a bargain for a MacBook Air or any type of Apple products.

*Disclosure: This post contains affiliates. I earn compensation if you buy the product. I only add affiliates that I’ve tried myself or would prefer to you. Read more Privacy Policy & Disclosure*

Melbourne Bargain – How it all started

It all started right in the Discord chat when my friend sent a link to a bargain for a MacBook Air 2015. It was for a good deal at Cash Converters at South Melbourne (the city). I really didn’t think I was really going to go but in the end, I asked her if she wanted to go to and we ended up meeting up and travelling to the city.

In the end, I asked her if she wanted to go and she said ok. We meet up and travelled to the city. Before we meet up, my friend told me that she called them to see if the MacBook was still in stock. They kept the MacBook hidden under the desk just for me.

I was backing up my files from my Acer Aspire E 5 laptop in order to exchange the laptop for a discount and some cash for my “future” MacBook. While that was doing that, I got ready, did a simple light makeup and changed to something more professional (I would definitely not be caught wearing my pyjamas out in public) and off I went (with my laptop of course) to meet up with my friend.

Next thing you know, my friend told me that she called them to see if it was still in stock and yes it was. They kept the MacBook hidden under the desk just for me.

I was backing up my files from my Acer Aspire 5 laptop (the laptop I’m trading in) in order to exchange the laptop for a discount and some cash for my “future” MacBook. While that was doing that, I got ready, did a simple light makeup and changed to something more professional (I would definitely not be caught wearing my pyjamas out in public) and off I went (with my laptop of course) to meet up with my friend.

It was absolutely so chilly out there. When we were in the city, it sent me nostalgic vibes because I haven’t been here in forever!

We finally got there…

It took a long way to get to Cash Converters at South Melbourne. We could’ve taken a tram there but apparently, we missed out on it. The store there was absolutely clean and organised (unlike the store near me).

My friend asks for the MacBook that was advertised on the site and the worker there went to the front counter to take it out from under the desk. We got to test run it. It was so old, overly used, uncleaned and definitely smaller than the Acer laptop I had. There was a dent on the back of the MacBook lid as well. I pretty varied of it but I was like “whatever, I travelled all the way here for nothing so I might as well get it”.

We went to the other room so we can trade my Acer laptop. The worker at the trade-in did the stuff that he needed to do and said that “Windows would wear out much quicker than Apple so it would be much cheaper”. I expected to get at least $340-$400 for the laptop since it’s new and not damaged.

Sadly, he could only sell it to us for $200 (which was disappointing). I took a long think about it but then I agreed to it because I definitely didn’t want to use this laptop anymore due to the horrible graphics and software errors with AMD’s processors. I did the stuff with the ID and all. At least he gave us a discount on the MacBook and topped it up with the $200 in cash.

We went back to the front desk and tested out the MB Air 2015 again. The employee there was so nice to give us a free laptop bag if we got the MacBook. I just wanted to buy it and leave but apparently, my friend was super concerned with this laptop and stayed there for hours, testing all the components and see what worked and what didn’t work.

And guess what? She found plenty of issues with that MacBook 2015 such as the USB port on the left not working and the touchpad not doing the usual “clicking sound” when pressing the mouse/touchpad. She had a talk with them and they were really friendly as to help us out on this situation.

It took us a while for them to fix the issue. The manager there even used his phone data in order to update the MacBook to see if that was the issue. We waited for hours and hours on end for the update and my friend made good conversations with the employees.

Melbourne Bargain for a MacBook Air 2017

That was when the manager took out the MacBook Air 2017 just to test the USB ports and boi, was I blown away! It was absolutely beautiful, clean and seemed freshly new. I thought to myself “that’s going to cost over $1k so I won’t end up getting that”.

My friend negotiated with them to remove the $20 and not take the warranty along with it. They looked concerned because they couldn’t do that due to store policy.

But generally, I really do recommend if you’re in Melbourne and want to find a good bargain on technology and other stuff like games or hairdryers and more stuff, highly recommend going to Cash Converters in South Melbourne. They were really sweet and considerate. Good customer service too.

Make connections and be kind to employees. Or just bring a friend who is confident enough to start conversations!

Most importantly, before you buy something from third-parties, always CHECK CAREFULLY the product that you’re going to buy. If my friend didn’t check the bargain for the 2015 MacBook Air, I wouldn’t be happily using this 2017 Macbook Air.

If you love new posts about self-care, productivity, blogging tips, and other lifestyle posts, then don’t forget to subscribe to my newsletter where you can get notified in your email inbox on Fridays (Aussie time). Follow my social media accounts if you haven’t already!

« What To Do If Your Site Is Blocked on Pinterest 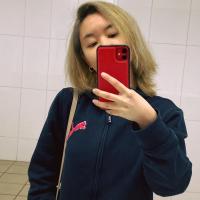